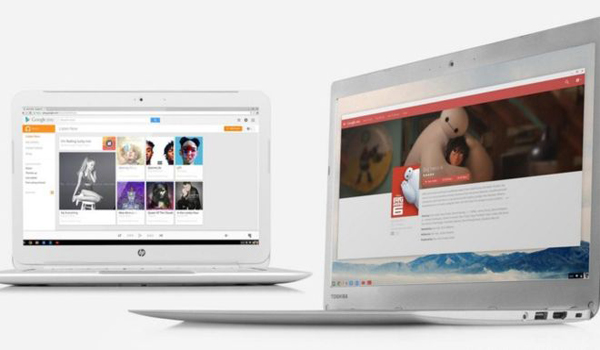 January 21, 2017
Advertising data firm Semrush analysed 25,000 pages for the study.
It looked at 1,000 results for 25 search terms including laptop, watches, speakers and smoke detectors on Google.
Products sold by Google's parent firm Alphabet dominated the top of the results. Google said it had strict rules for buying its advertising space.
A spokesman said that the firm's marketing policies were "consciously and carefully designed" so as not to intervene with ad pricing.
"All our bids are excluded from the auction when determining the price paid by other advertisers and we have strict rules and processes - set to tougher levels than our customers - to govern the use of our own ads products," he said.
The Wall Street Journal reported that in all 1,000 searches for the term "laptop" in the study, the top result was for Google's Chromebook.
Additionally 98% of searches for "watches" resulted in links to Android smartwatch retailers appearing on top.
Android and Chromebook are both owned by Alphabet.
It also noted that alarm products by another Alphabet firm, Nest, featured highly in searches for smoke detectors.
The paper added that after sharing the results with Google many of the ads disappeared - and a BBC test found that other brands including Apple, Lenovo and Apollo now appear to dominate the top of results pages for these terms.
In July 2016 the European Commission alleged that Google had abused its dominance in internet shopping and restricted competition - which the firm denied.
Courtesy by BBC News