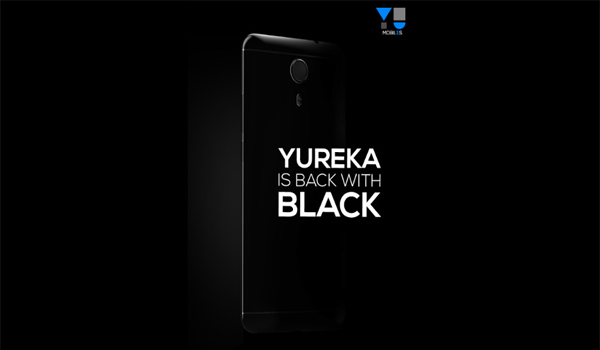 May 29, 2017
Micromax’ subsidiary, YU will be launching a new version of its Yureka smartphone on June 1. The company has sent out media invites for the launch and it shows an outline of the device with the tagline “Yureka is Back with Black,” suggesting that the device will be available in black. This is further hinted at in the hashtag, which reads #BlackAintForAll. The new device is also tipped to “Break rules. Shatter stereotypes.”
While, additional details about the device are not yet known, the new device will most likely come with a new design and better specifications as compared to the original, which was launched back in 2015. The original Yu Yureka sported a 5.5-inch HD display and was powered by Qualcomm’s Snapdragon 615 platform with 2GB of RAM. At the back was a 13MP camera, while at the front was a 5MP unit. The device offered 16GB of storage and was equipped with a 2500mAh battery. The phone also came with CyanogenOS, but with Cyanogen Inc. now shut, the phone will most likely come with another Android-based UI.
The company has since launched a number of devices under the Yureka brand. These include the likes of the Yureka Plus, the Yureka S and the Yureka Note.
Courtesy by digit.in