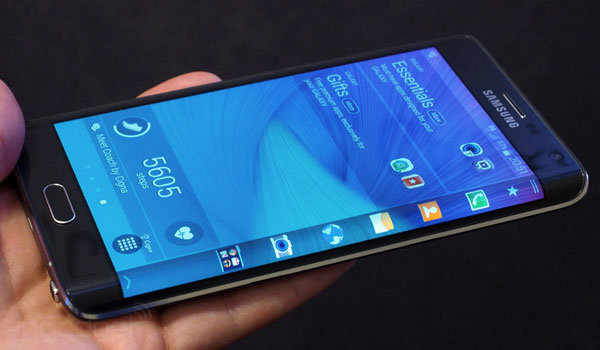 March 2, 2015
Samsung will sell two versions of its next flagship phone, one of which has a screen that curves round its sides.
The Galaxy S6 Edge uses the feature to provide a quick way to stay in touch with select contacts, and to alert owners to important information. It will be sold for a higher price than the standard S6, which otherwise has the same specifications.
Samsung says the two phones feature a 64-bit processor it designed to be both more powerful and energy efficient than before. The Galaxy S6 Edge's curved screen lets it shine a colour on the table when face down, providing a signal as to who is calling. Samsung said the metal used in the Galaxy S6 Edge "would not bend" - a dig at Apple. :)
Courtesy: BBC World.