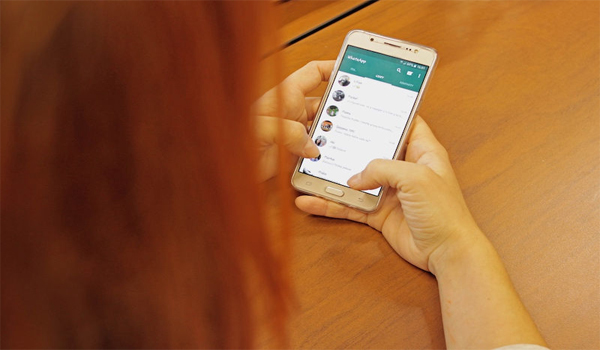 October 11, 2017
There is a potential design flaw in WhatsApp that lets anyone with a WhatsApp account and access to your phone number (the one tied to your WhatsApp account) know just how much time you spend on WhatsApp. The flaw, depending on how avid a WhatsApp user you are, could also let someone estimate fairly accurately things like such as at what time you go to bed and at what time you wake up.
Unlike "Last seen" timestamp feature, which lets a user check when their friend was last online - provided both the parties haven't disabled the option - a user's "online" status is available to anyone. (When a WhatsApp user is online, other users can visit their profile and see an "online" status.) For instance, if someone has your phone number - for whatever reason - they could save it on their phone and if the same phone number is tied with your WhatsApp account, they could potentially monitor how often you come online, software engineer Rob Heaton, who has previously unearthed design flaws in Tinder and Facebook, revealed in a blog post.
WhatsApp lets users hide most of their private information from strangers - strictly speaking, people whose phone numbers aren't stored on your phone, and in some cases, your phone number isn't saved on their phone - there are still a few things that slip through. It's not necessarily a security flaw, and has been known among at least some WhatsApp users for a long time.
But still, to see exactly how much data can be gleaned from what appears to be a design choice by Facebook-owned company, Heaton wrote a Chrome extension - which he hasn't made available to public - which would check every ten seconds whether the intended user was online, he claimed. Of course, the extension could be manipulated to check every 5 seconds or any other time interval - you get the point.
Even as WhatsApp is yet to gain much ground in developed markets, the Facebook-owned app is extremely popular in India. Many people use it extensively in the country, and it's arguably a fair extrapolation to assume that they glance at their WhatsApp chats before they call it a day and check WhatsApp in the morning as soon as they are up to see if they missed any message.
Courtesy by Gadgets 360.com