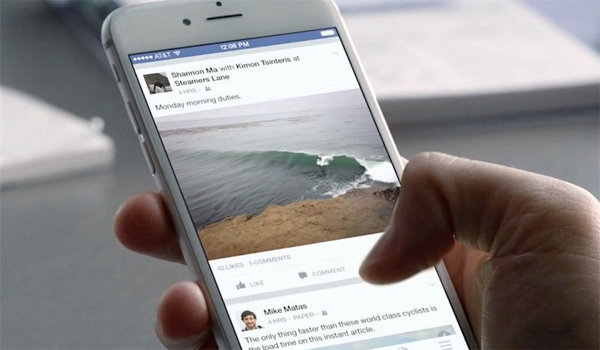 November 18, 2016
Facebook on Wednesday said that it has bought facial recognition startup FacioMetrics, potentially using the technology for photo or video effects to better challenge rival Snapchat.
"How people share and communicate is changing and things like masks and other effects allow people to express themselves in fun and creative ways," a Facebook spokesperson said in an email reply to an AFP inquiry.
"We're excited to welcome the FacioMetrics team who will help bring more fun effects to photos and videos and build even more engaging sharing experiences on Facebook."
Silicon Valley-based Facebook did not disclose financial terms of the deal to buy FacioMetrics, which was spun out of Carnegie Mellon University in Pennsylvania.
FacioMetrics was founded in 2015 and specializes in using artificial intelligence to give facial image analysis capabilities to applications that run on smartphones.
The technology has potential in a host of applications, including those focused on animation, measuring audience reactions, and virtual or augmented realities, FacioMetrics founder and chief executive Fernando De la Torre said in a release.
"We're taking a big step forward by joining the team at Facebook, where we'll be able to advance our work at an incredible scale, reaching people from across the globe," De la Torre said.
Using FacioMetrics to let users of Facebook, or subsidiaries such as Instagram, have fun with photos or video could be a counter-move to those kinds of features offered in "filters" at vanishing message service Snapchat.
Parent company Snap estimates it has more than 100 million users globally of the service for sending videos, images and text messages which vanish after being viewed. Some reports say it generates 10 billion video views per day.
Since trying unsuccessfully to buy Southern California-based Snapchat several years ago, Facebook has turned to cloning popular features.
Courtesy by Gadgets 360.com